My thoughts on Durant going to Golden State.

My thoughts on Durant going to Golden State.

Why does Durant get a pass? Hold him to the same unrealistic standards y’all hold Lebron.
Free Agency has been crazy this summer, but the question everyone wanted to know is where will Kevin Durant play this upcoming season?
Initially I thought he was going to stay in Oklahoma City since they were litterally 1 game away from the NBA Finals, but no he decided to take his talents to the Bay and join the Golden State Warriors.
I was talking about this with my boy Hamma the other day……Why Does Durant  get a pass?
As a Lebron fan I have to bring up the King. Lebron was crucified for joining the Miami Heat. Jerseys were burnt, people were saying he was weak ahh Bi***, The media had no remorse.
But when Durant blows a 3-1 lead, you hear crickets…
and now he decides to join an already 73-9 team not to mention this is the same team he just chocked against.
It almost makes me feel like that was his plan. Maybe he wanted to lose so he can go play at Golden State.
But to each his own. And I’m not saying he shouldn’t  have signed with them but I am saying hold him to the same unrealistic standard that you hold Lebron James to.
All in all I still Rock with Durant and I think he’s solid on and off the court, I’m really just waiting to see what Russel Westbrook got to say. 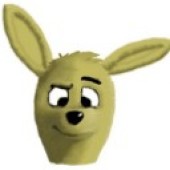 Chris Brown calls out his baby mama, and you wont believe how much he spent on her 2nd Birthday Party

DMX interview with The Breakfast Club